We wanted our starting country to be Italy since my dad’s side of the family is heavily Italian and originate just outside of Venice in the commune of Pordenone. Since neither I nor my dad or uncle Dan had never been there and they were tagging along on the first leg of our journey, we wanted to take a trip back to the homeland to not only see the city, but to also dig a little deeper into our family history and hopefully find some family still living over there. 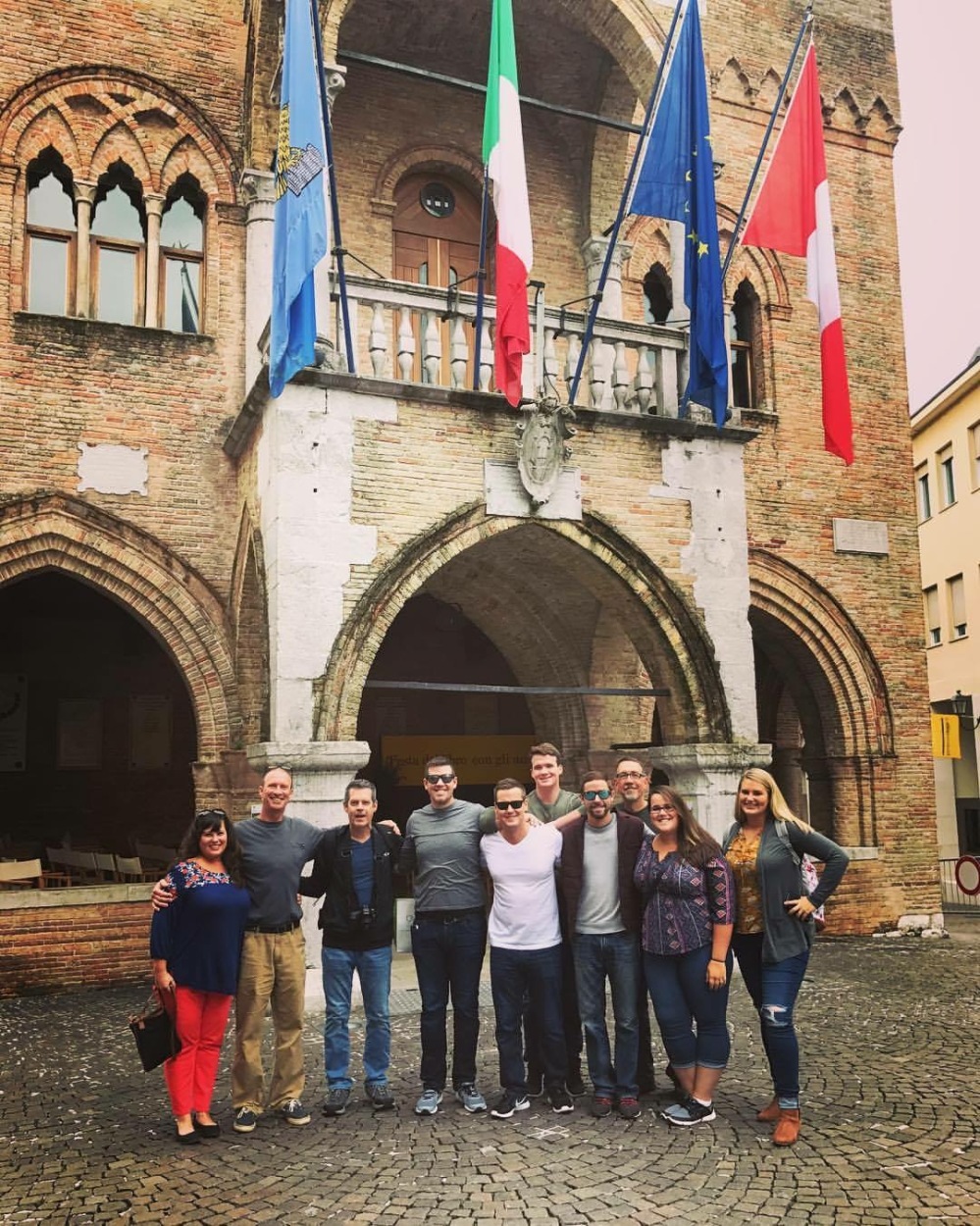 Pordenone was first founded more than 700 years ago as a port town on the Noncello River, though there have been settlements in and around the area since the Roman age (753 BC–476 AD). Throughout the city’s history, trading along the port has been a major boost to the city’s economy and has allowed it to flourish. The town itself is extremely quaint and charming with the type of character that only a very old town can have. There was a wonderfully made documentary from 2015 (in English!) that will give you a ton more information about the city as well as a feel of its scenery. It is available on Youtube here.

Luckily through the wonders of Facebook we were able to meet one of my father’s second cousins, Laura who still lives in Pordenone and was gracious enough to meet us. As far as I know, Laura is the only Della Flora that still lives in Pordenone. Unfortunately, we were unable to do more research on the family, as the archives were closed but that is okay because it just gives us a reason to come back!

We met Laura and her longtime boyfriend Giulio in the center of the city where a local book festival has been held for decades. Laura spoke very little English, but luckily Giulio spoke it pretty well and he took us on the tour of Pordenone, “Ciao, Giulio” raining in left and right from passersby. She explained to us through Giulio that she had met my grandparents when they visited Pordenone in the 90’s.

It was very special to be walking down some of the same cobblestone streets my great-grandparents walked before immigrating to the United States. Giulio pointed out several of the older buildings we walked by in the old part of town from the 14th century as we headed toward the city hall which Giulio referred to as the “White House of Pordenone” as he didn’t know the Italian to English translation. 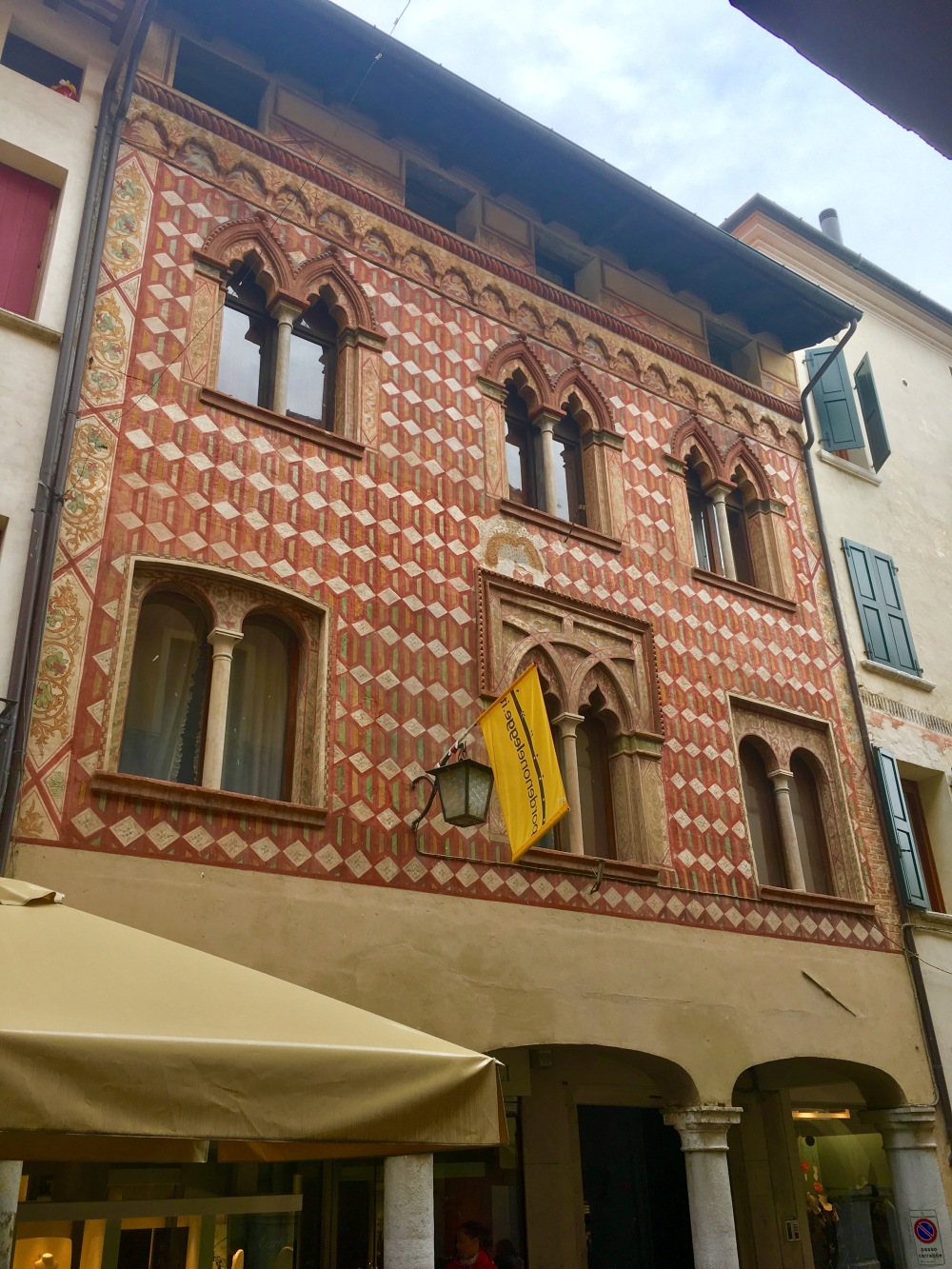 We got to the city late so we did not get a whole lot of time to experience it and speak to Laura and Giulio since they had prior obligations. Besides, the rest of the group had just gotten over to Europe that day and were visibly exhausted so we went home early. Though our time that first day was short, I know after leaving the city that I was not the only one that fell in love with the city and wanted to go back the next day. With very fond farewells to Laura and Giulio we headed home for the day.

Saturday morning we got up early for breakfast in our Airbnb which had a kitchen inside. Lauren’s stepdad David had quite the time trying to start the stove and the microwave, as none of the symbols or words on either was familiar to any of us. As it turned out (thanks to a quick Google search of the manual), it would not heat up unless the right sized pan was placed on it. Go figure. After figuring that out and making some well-earned breakfast we headed back to Pordenone.

Much of that day was spent wandering up and down the streets of the city enjoying all of what the city had to offer; shopping, eating, and of course, drinking. A liter beer at the Queen’s Bar for lunch (they don’t mess around when you ask for “a big one.” Take notes America) started the day off right.

A few of us got some shopping in for some new clothes, including my buddy Hobbs who bought himself a new brown vest. At one of the bars in Pordenone David asked our extremely friendly waitress what she thought about Hobbs’s new vest to which she replied, “old man!” earning her raucous laughter from the entire group. There is no one in our friend group who we enjoy to rib more than Hobbs.

After enjoying the city we got hungry and decided to visit one of the restaurants that Giulio had recommended we go to the day before for an authentic Italian dinner. However, like Spain, Italy enjoys taking a siesta in the middle of the day and the restaurant was not back up and running yet. After some deliberation, we decided to get drinks before it opened and David picked the first stop that looked like it might be open.

We were just pulling up when the head waitress of the shop was ushering the last table out and heading home for a half an hour for a siesta of her own. She was lovely toward us loud and obnoxious Americans and instead of turning us away allowed us to stay for a few drinks while she served us. What started with “just drinks” morphed into a gigantic three-course meal that involved cheese platters, a first plate of pizza and a second plate of family-sized pasta and rice dishes.

The entire dinner was one of those experiences where everything seemed to fall into place perfectly. The food, the wine, and the service were all top notch. We were outside of the city far enough into the countryside that we felt like a big Italian family just enjoying the atmosphere of the restaurant and each other’s company. And none of it was planned. 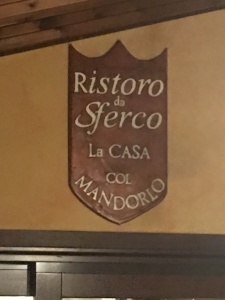 After we had gotten our fill of everything, the younger crowd tried to find a disco nearby to our Airbnb but we were unsuccessful. From there we made it back to where we were staying to imbibe on a few more adult beverages. Next thing we all knew it was 2 o’clock and the entire crowd headed to bed for some sleep as we had a big day planned the next day in Venice.

We woke up the next day late, tired, and more than a little hung over and we made our way to the beautiful town of Venice. This was my and Lauren’s second time to Venice so we knew what to expect, but we were still taken aback by the beauty of every square inch of the city.

We got into Venice around 2 and took a water bus through the main canal to St. Mark’s Basilica. The water bus provided us with hundreds of picturesque locales as we made it through the heart of the city. Everywhere we turned there was another alleyway waiting to be explored or a beautiful building that would be a prime visual for a postcard

St. Mark’s Basilica lies at the eastern end of the Piazza San Marco and was built throughout the entirety of the 11th century. It is said to contain the remains of Saint Mark. The exterior of the building has 3 domes and is known as one of the best examples of Italo-Byzantine architecture which is known for the use of eclectic details, domes, and semi-circular arches. Above the front entrance are replicas of the famed Horses of Saint Mark-Lysippos that date from about 1254. The inside of the building, however, is where the basilica really shines. 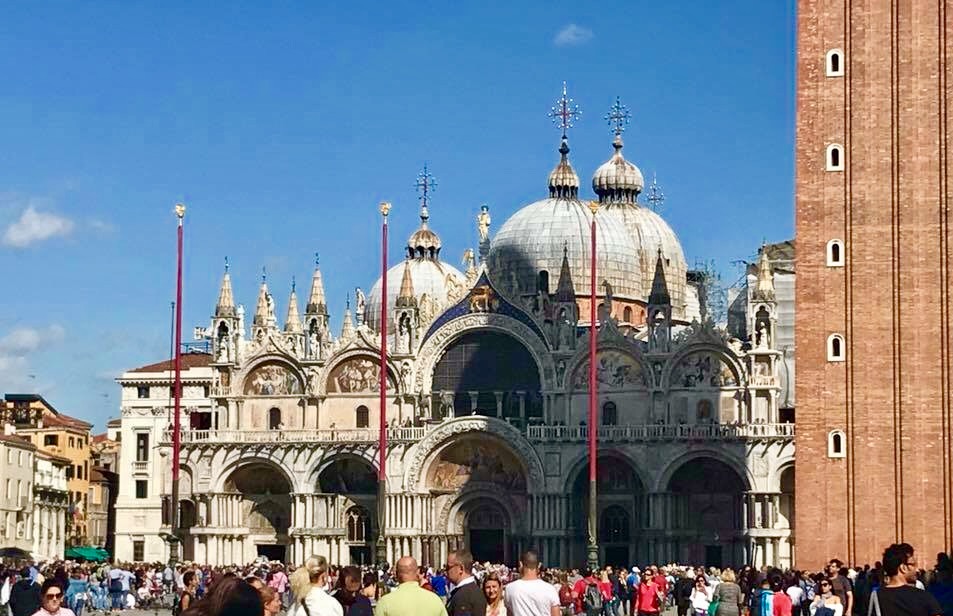 Inside St.Mark’s Basilica, the first thing you notice is that every square inch of the interior is made of intricate and beautiful mosaics. The ceiling is intricately laid gold colored tiles which depict various religious figures and events which earned the Basilica the nickname Chiesa d’Oro or Church of gold. The entire inside of the basilica is nothing less than awe-inspiring, even after viewing it for the second time.

We left the basilica around 4 o’clock and did some more shopping and wandering in the winding back-alleys of the city and crossed famous and ornate Rialto Bridge. During this shopping trip, we stumbled upon a soccer shop which if anybody who knows me knows I am obsessed with. My dad, who wanted me to get me a gift for my travels brought me a jersey from the local Venezia F.C. which was one of the nicer ones that I own that I can’t wait to travel around Europe with.

All-in-all we had a great experience wandering around the city with all its beautiful buildings. We took a quick stop at a restaurant on the central canal before buying some dessert and heading home.

It was a short bus ride to where we parked but somehow Justin managed to fall asleep. As we made to leave the bus, he in his groggy state turned back to grab his phone but ended up locked on the bus. It was not until we walked for a few minutes to turn around and notice that he was no longer following us. We had a quick laugh before giving him a call to let him know that we were going to pick him up at the next stop, then, regrouped, we headed home.

Overall our trip to Italy was an amazing experience. We had a great time walking around and enjoying the distinct and unique flavors and sights of both of the cities. We got a really good mix of small town and big city Italian living. I, for one, can’t wait to go back to the country as I feel a really strong connection to it because of my heritage.