Leaving Krakow, we headed to our first of several housesitting gigs to save some money and allow us to continue our travels. We had gotten the gig in southern Spain near Malaga way back in April and from there the rest of this whole trip fell into place. I distinctly remember we were so excited after the homeowners chose us that we jumped up and down in the middle of our kitchen in excitement. The housesit is for 4 dogs and 3 cats.

The place we are staying at is a coastal town southeast from Malaga on the coast of Spain called Torre del Mar. On clear days in Torre del Mar you can even see Morocco from the beach. The name Torre del Mar comes from a watch tower on the beach which is still there. It is blue and white striped and built for defense of the coast in the X or XI century during the Muslim occupation of southern Spain. Surrounding the town and covering much of Spain are several different mountain ranges which make Spain one of the most mountainous countries in Europe.

We got into the city on the first day right when my favorite soccer team started playing so of course I had to try to find some place to watch it. Luckily we found a little bar run by English expats to watch the game. Unluckily, The bar we went to did not have food and we were quite hungry, but getting our first taste of Spain the hard way, we were right in the middle of a siesta where everybody goes home and takes a nap for a few hours before returning to work. We were S.O.L.

Later, we got to see where we would be staying for the next three weeks where we met the animals and their owners, Sue and Steve. The house is a charming traditional Spanish town home equipped with white walls, a red terra-cotta roof and beautiful marble floors. The house has wonderful and large red-tiled patios leading out both the front and back doors along with 4 floors and a roof terrace. Plus, it is only a 15 minute walk to the beach! 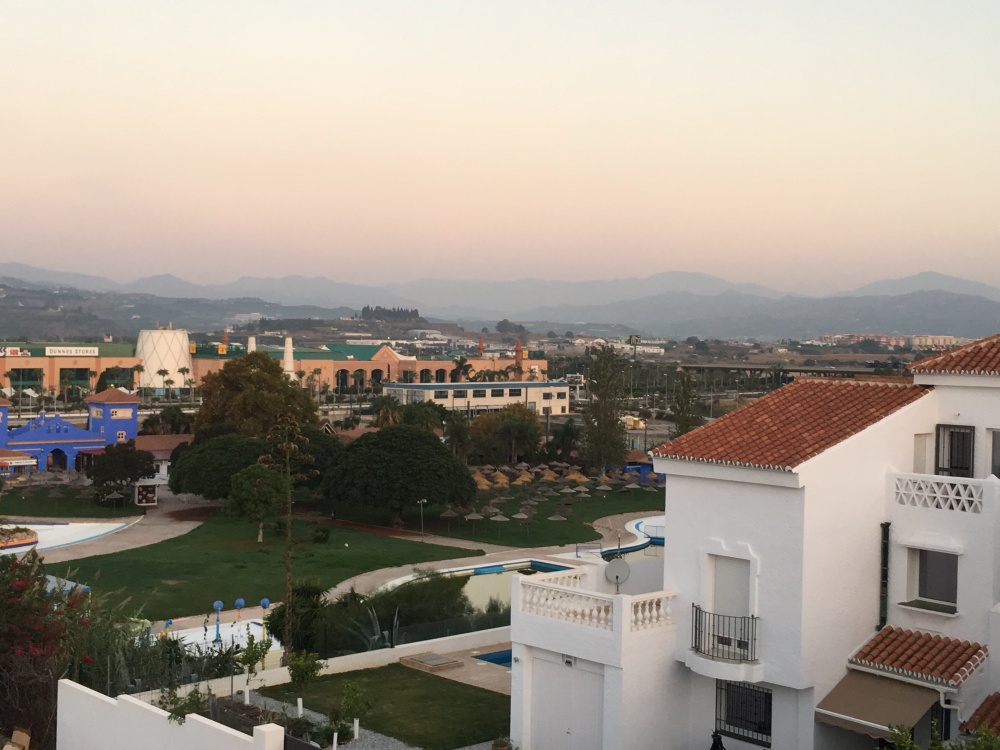 Sue and Steve are a wonderful retired English couple who have both lived in this part of Spain for more than 10 years. We got to spend a few days with them learning all the ropes before they headed off to a house sit of their own and we all had a fantastic time. They showed us around the city the first day and are genuinely nice and fun people to be around. The first night, they treated us to a wonderful dinner in a restaurant near the beach and we watched as a band performed in the middle of the city during one of their many fiestas – their version of Oktoberfest – playing Bruno Mars’s “Locked Out of Heaven” as the crowed sang and danced along.

When Sue and Steve left for a house sit of their own only about an hour away, we were left to take care of their 4 dogs and 3 cats. All have such unique and great personalities and are great and incredibly easy to watch. We were initially worried about the sheer number of animals we were watching but very quickly turned into a well-oiled and efficient machine.

Our trip to Spain was always supposed to be a relaxing one after all the bouncing around we had been doing so we purposefully did not pack our schedule too much. We took two side trips the first week, the first was east up the Spanish coast on the N-340 which was recommended to us by Steve. The road follows the coast through many coastal towns similar to Torre del Mar with amazing views of the Alboran Sea. On the way we stopped to look at a weird looking tower on top of a little hill which turned out to be the Torre Vigía de Lagos. The tower was built in the middle of the 16th century and was once part of the coastal defensive system that was used over several centuries to prevent attacks by enemy ships. After, we stopped at a restaurant where we just shared a few drinks together, chatting about our travels, and relaxing in the amazing weather.

The next side trip was north to a man-made lake called La Viñuela Reservoir. It is a beautiful lake with clear blue-green water around which people can hike or cook out on the beach. Unfortunately, at the time it was raining so we did not get a great look, but it was close to where we stayed so went back a different day and it certainly lived up to what we had expected when researching it. After we visited a nearby state park on the top of a nearby mountain to get a good view of the surrounding area but couldn’t see much due to the fog created by the rain. Apparently, the rain in Spain does NOT stay mainly in the plain. It was still worth it though as we got to enjoy each other’s company, cruising along listening to Spanish music while we enjoyed the small towns on the way which clung to the sides of each mountain we passed. 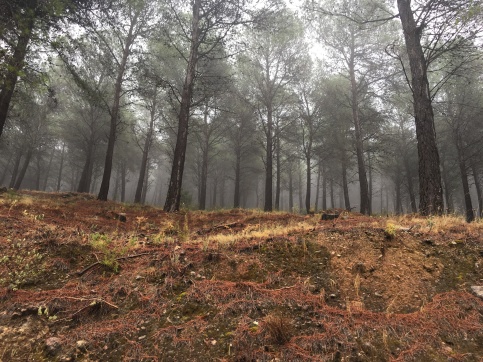 The day before our friend Amanda visited us, we went back into town to go to a market that runs every Thursday in Torre del Mar. During the market, several streets in town are closed down with shops lining both sides of the street. The market had a little bit of everything, all of which are reasonably priced, which included clothes, watches, phone cases, beach towels, fruits, and everything in between. Lauren bought a cute little watch with a salmon colored band for only 8 euro.

All-in-all, our first week in Torre del Mar was exactly as relaxing as we had ever hoped it would be. We had a wonderful time exploring a little bit, relaxing a lot, and getting to enjoy the company of the pets. The next week is sure to be interesting with the arrival of Amanda and Jacci and we cannot be more excited for what is in store!