Disclaimer: There are going to be very few pictures on this post since we were unable to get any good ones. More on that later.

From Bratislava, we took a flight to South Shields in the northeast part of England for another housesit. Before our homeowners for out housesit left, however, they told us about a ferry/mini-cruise that leaves from the nearby port to go over to Amsterdam. The dates originally did not match since we had to watch their cats, but luckily (or unluckily as it would turn out), the sitters came back early. Unfortunately, due to Lauren needing to be home for work Monday afternoon, we would only get a few hours in Amsterdam as the cruise takes 15 hours each way. Not knowing if we would ever get the opportunity again, however, we pulled the trigger and went. 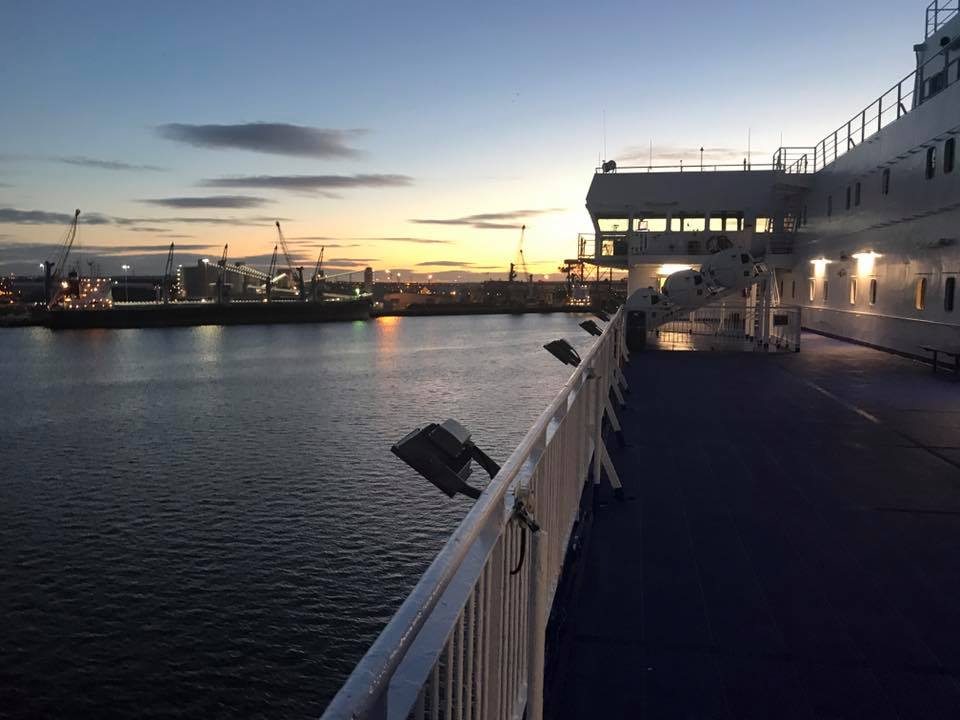 Our first bout of unluckiness came before we even embarked. The Ship was originally set to leave at 5pm but was not able to leave until 6pm, which resulted in us arriving an hour late and therefore having an hour less time to explore Amsterdam.

Maybe the one positive thing that came from this trip was the ferry over as Lauren never thought she would get over her fear of going on a cruise ship. As it was a relatively short trip, the ride was a perfect trial run that put Lauren’s fears at ease. It also actually ended up being quite fun as there were several entertainers, two small movie theaters, and several bars on the ship. Since we had nothing better to do, we went to the bar and had some beers with a very friendly English couple and ended up having a really enjoyable night.

We arrived, as I mentioned earlier, an hour later than expected. To make matters worse, we walked out of the port to find that the bus from the port into the city actually took twice as long as we had expected. The result was yet one more hour taken off of our already shortened visit. A light rain began as we took our seats on the bus, gradually increasing and turning into a light snow as we preceded toward the city.

We got to the city, our first order of business since we were short on time was to take a canal cruise. Amsterdam is often referred to as the “Venice of the North” due to the canals that criss-cross throughout the city, so we thought what better way to experience them than a canal cruise. Though the snow had started getting thicker, the tour was a really good way to get around the city without freezing our butts off too much. As we floated down the canal ring we floated under and around some of the 250 bridges in the city, passing important buildings such as the house in which Anne Frank and her family hid from the Nazis as described in Anne Frank’s Diary. In the house, there is a highly rated museum with the hiding place still preserved. Unfortunately, due to our time constraints, we were unable to go.

Throughout the cruise, we also passed many of the most important neighborhoods in the city including the traditionally working-class district of Jordaan which has since developed into an upscale location home to many art galleries, specialty shops, and markets. We also visited the most prestigious part of the city known as the Golden Bend, home to the nicest buildings in Amsterdam and the richest inhabitants. Interestingly, in the Golden Bend, the windows on the tallest floor were smaller than others on lower floors and the front doors were enlarged to give off the illusion that the buildings are bigger than they actually are.

One thing that really struck me as we traveled through the canals was that no two building we passed looked the same. They were all beautiful in their own special way and I wish I were able to really experience the unique architecture in better weather. 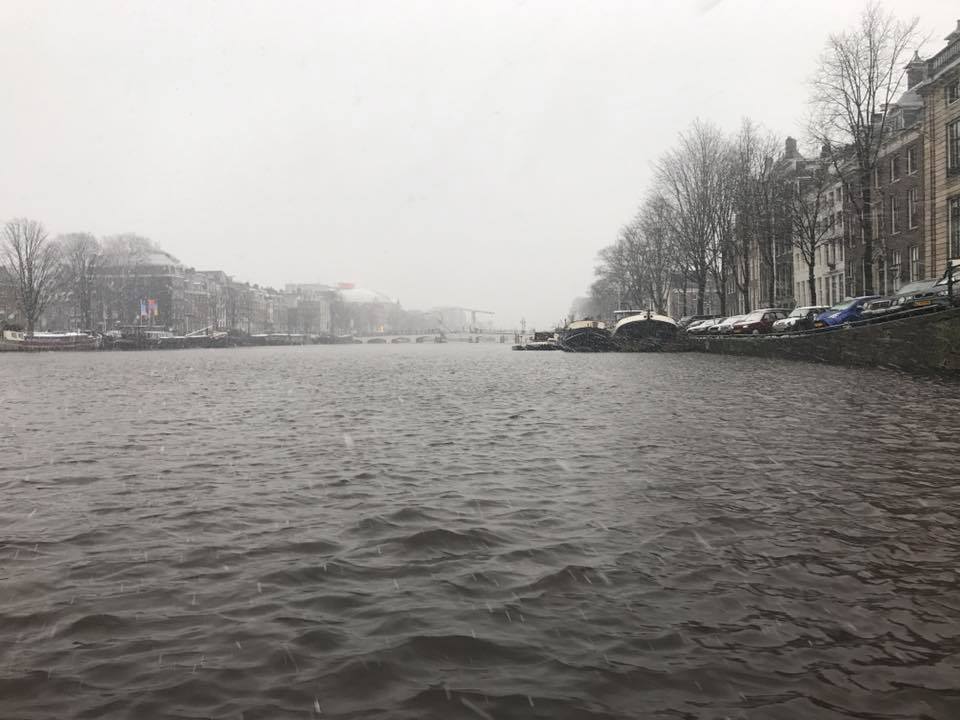 When we got off the canal cruise the snow had actually gotten exponentially worse. The light snow had turned into a heavy driving snow that accumulated on the ground, eventually turning into a slush that made the sidewalks very slick. As we departed the cruise, within minutes, the snow had already seeped into our shoes, freezing our toes. To top it all off, the gusting wind made it nearly impossible to even look up at the beautiful buildings around us.

After giving up hope of enjoying walking around the city we sought somewhere for lunch and a beer. We walked in one place that did not have food and another that was incredibly expensive so, soaked to the bone, we conceded defeat and took gracious refuge in a nearby McDonalds. By the time we left, the snow had shown no signs of letting up so we gave up and got the first bus back to the boat. As much as I would like to have soldiered on, it would have been nearly impossible to really go out and explore the city as we would have liked. I can’t ever remember being stuck in worse snow and it’s a real bummer it happened in a place I was so looking forward to enjoying.

The mini-cruise home, like the ride to Amsterdam, was a really good time as we met a couple of nice English gentlemen who were quite happy to pay for several rounds of beers. A much as I would like to say that was the end of our troubles for the trip, however, since we have been in Europe for almost three months, the next day we actually got detained for an hour going through immigration!

So in a nutshell, that is how our promising trip went to hell in a handbasket. Looking back, there is no way I would take that particular trip again. However, as bad as our trip was, in the future I still have no doubt I would like to go back. There is too much that the city has to offer to never go back. Hey, at least we didn’t get deported!
Tips: