We took a ferry to Ireland a few days before the new year. We had hoped we would arrive in Dublin and be able to explore a little, but our ferry was unfortunately delayed so we didn’t get to spend more than a couple hours in Dublin. We were only able to take a quick stroll through the Temple Bar area and get some dinner as we had a big day of traveling to do the next day.

In the morning we stopped by the airport to grab our rental car and made our way west to Killarney for the next couple of nights. The drive is a couple of hours long so there were plenty of attractions for us to see on the way. Our first stop was the famous Rock of Cashel which is the traditional seat of the kings of Munster – one of the four provinces of Ireland. The Rock of Cashel is a collection of buildings, including a 12th-century tower, a chapel and a 13th-century cathedral, all of which sit atop a limestone plateau in the middle of Ireland. The whole complex, along with a cemetery, were placed on the hill to get a defensive panoramic view of the surrounding lands and the Rock’s importance at its height would have made it an extremely imposing fortress to potential attackers. 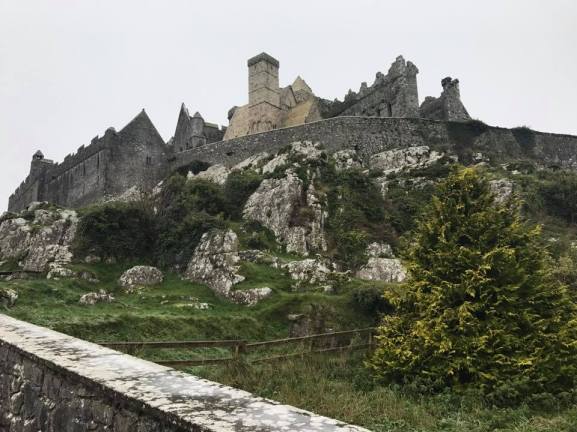 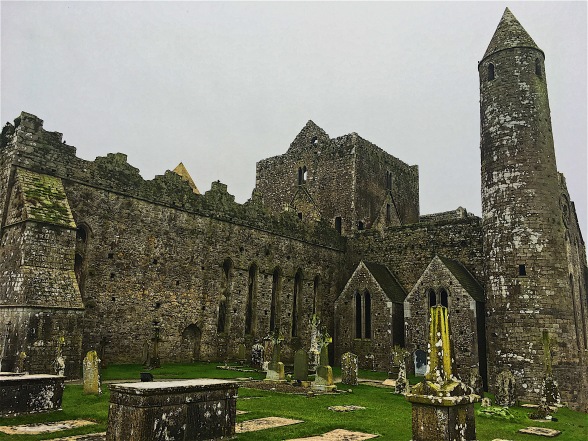 We stopped at two more castles on the way to Killarney. Cahir Castle, which is preserved rather than ruined, was closed – as it has been both times I have stopped to see it – and without meaning to, we also stumbled upon Mallow castle, a relatively unknown castle that was built and later destroyed in the 16th-century that we stopped at before moving on to the city.

The city of Killarney is a great base for traveling around and exploring the south-western coast of Ireland. A trip to Killarney is not complete without a trip to either the Dingle Peninsula or the Ring of Kerry, both of which boast beautiful views and go through some wonderful small Irish towns. On our last trip to Killarney when we were studying abroad, Lauren and I chose to go on the Ring of Kerry, so this time we took off for the Dingle Peninsula instead. It is also the lesser visited of the two and therefore is often much less packed with tourists. Along the way, we saw some incredible natural views of the coast, filled with stunning blue waters. Other sights included the ruins of several prehistoric communities overlooking the coast that we found incredibly interesting to look into and imagine what they once looked like. 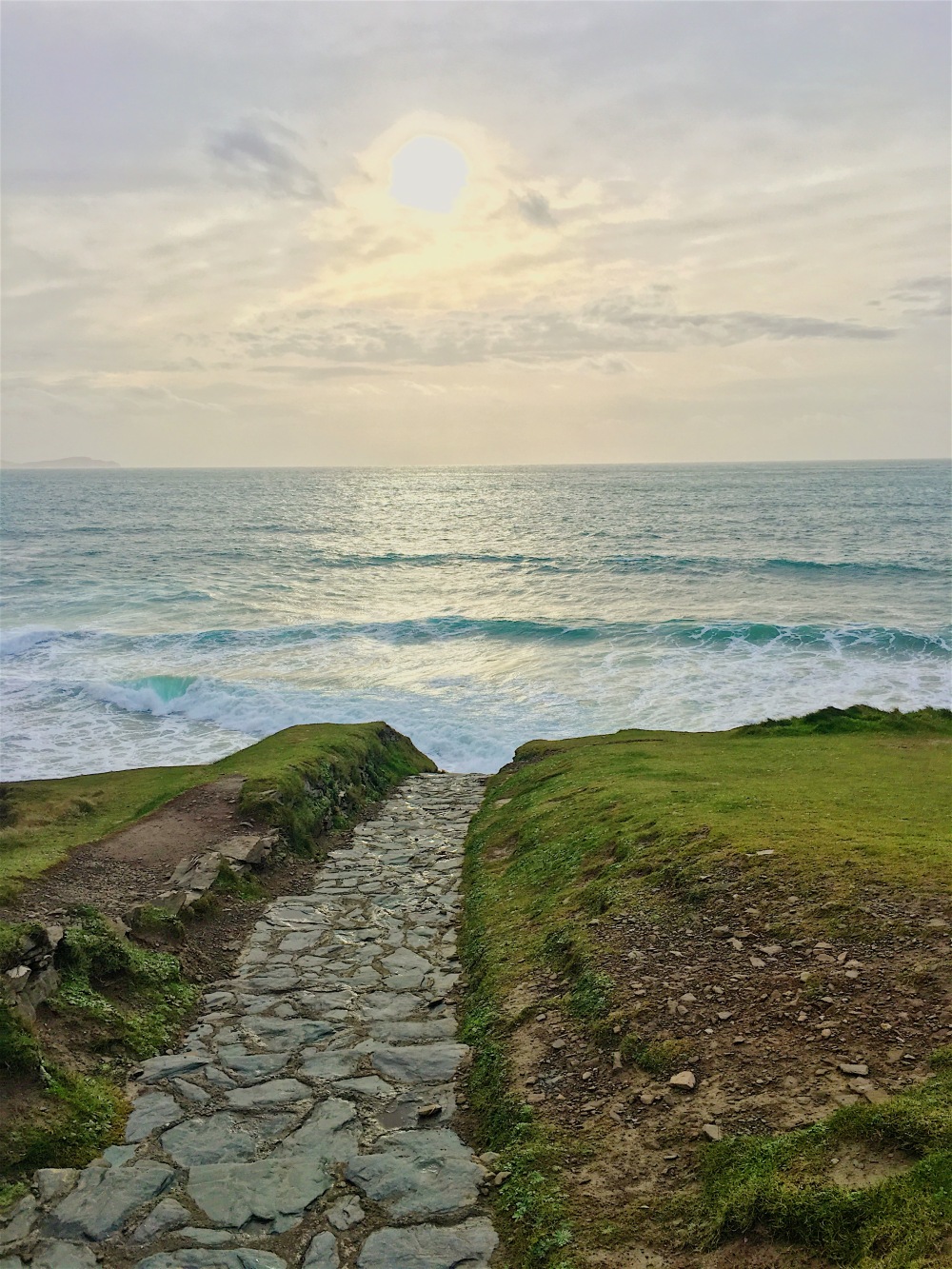 Though Lauren and I had been to Killarney before, it was only a quick stop so we did not get a strong feel for the beautiful little city. This time we made sure to spend some more time experiencing it since we felt like we missed out on a lot the first time. One of Ireland’s biggest exports is Irish whiskey (Whisky in Scotland) so we partook in a whiskey and cheese tasting class. The class had four different Irish whiskeys paired with four different kinds of Irish cheese which we each got to try, all while being taught what to look for while tasting them together. Though I’m not a huge fan of whiskey, the class was informative and at least got me to appreciate some of the differences between types of whiskey. Also, if I wanted to get into drinking whiskey, the class helped to lead me in the direction of what type of whiskey I should buy. We also discovered a bar called The Shire that for the Lord of the Rings nerd I am, was a real treat to visit, especially as I got to try some themed beers made specifically for the bar which included Gandalf’s Ale, Bilbo’s Beer, and Frodo’s Lager. The bar also had a lot of Lord of the Rings style decor. For anyone who is a fan of the series, I highly recommend visiting this fantastic little bar. 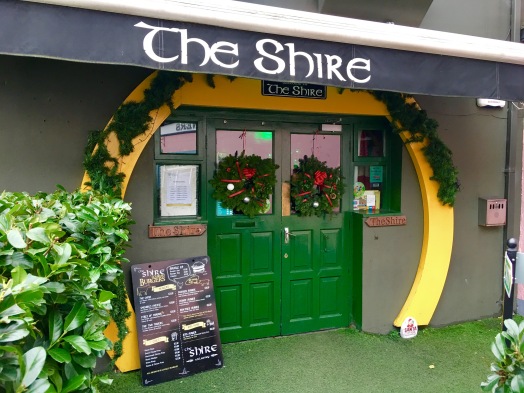 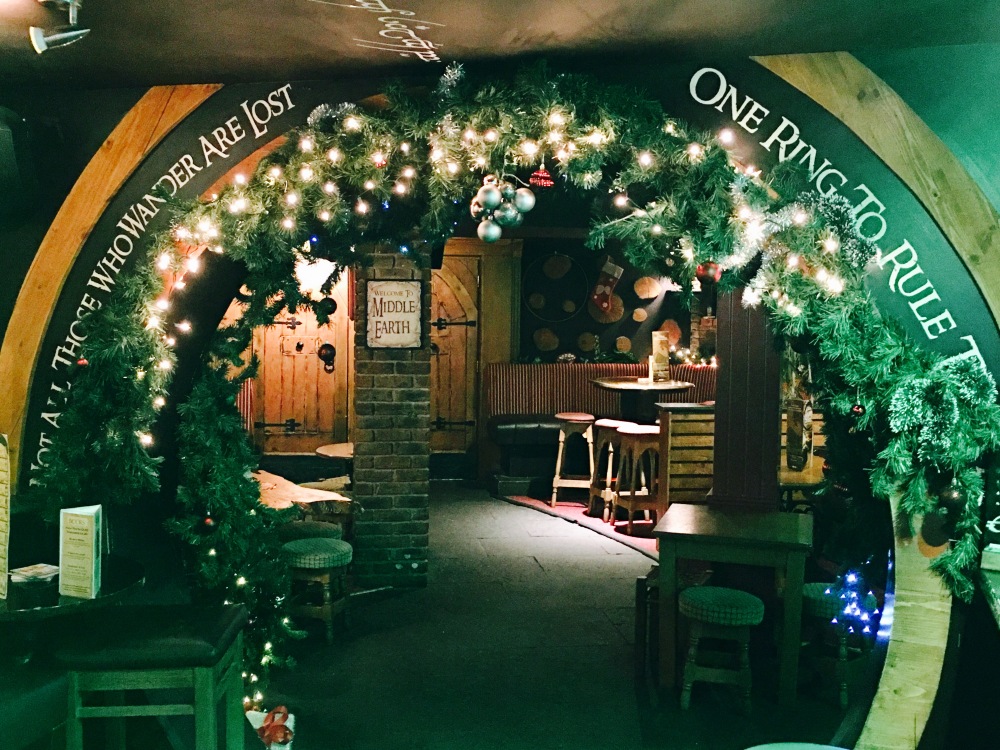 From Killarney we traveled north along the coast to Galway where we were to spend New Year’s Eve. First, we stopped at the world famous Cliffs of Moher where upwards of a million people visit every year. The cliffs tower 702 ft above the Atlantic Ocean and they are absolutely stunning to see, especially so if you are lucky enough to visit when the sun is out. Atop one of the cliffs is O’Brien’s Tower, an observation tower built in 1835 which give you the best view of the area. You may have seen the cliffs before as they often appear in cinema, including most famously as the Cliffs of Insanity in the Princess Bride and when Dumbledore and Harry visit them in Harry Potter and the Half-Blood Prince. I really enjoy going to the cliffs as every time I stand on them I am reminded of just how small I really am.


Galway lies on the western coast of Ireland and has always been my favorite city in Ireland. There are tons of pubs in Galway, each of them is unique and full of character. The nightlife is amazing no matter if your goal is to experience traditional Irish Music, see as many bars as you can in one night, or just get drunk. We spent much of our day on both New Years Day and New Years Eve at a craft beer place called the Salt House. It was run by a brewery and had 10+ guest taps with amazing craft beer and amazing bartenders that kept us there for hours upon hours. Along with the nightlife, Galway is home to some amazing seafood being right on the coast, including McDonagh’s Fish and Chips which has been in the same location for the last 115 years. All-in-all, the city has so much to offer and it has so much character that every time I go leaves me wanting to come back for more. 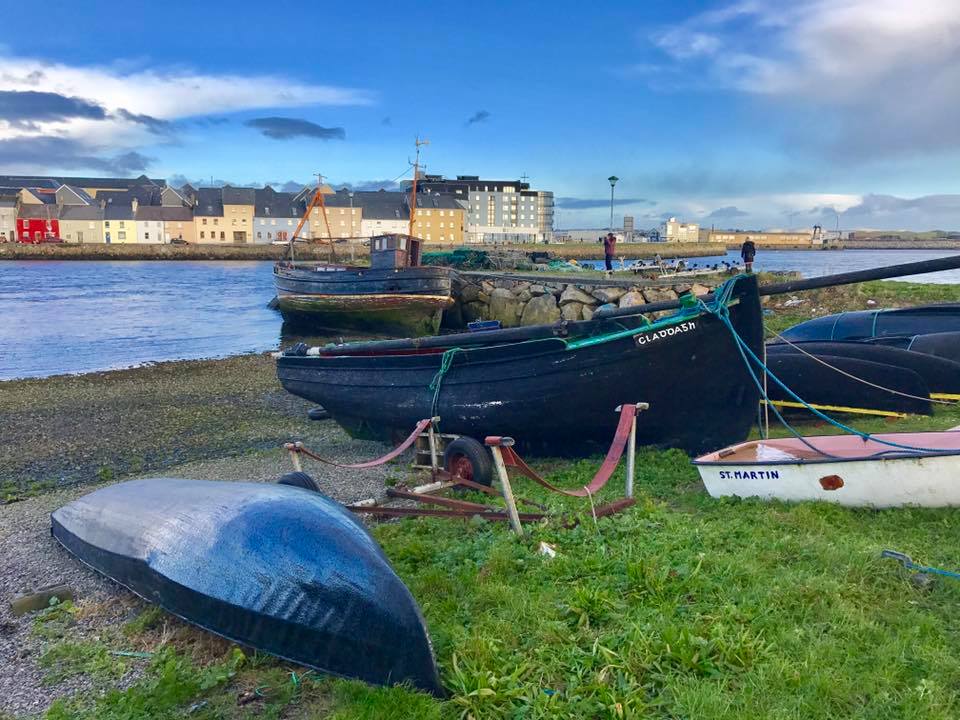 After our amazing time in Galway – which luckily for us flooded the day after we left and not while we were there – we went to a town called Sligo in the way northern portion of the Republic of Ireland, right next to Northern Ireland. Our first business after our 2-hour drive was to stop for food. Again, we got lucky since the pub we originally had planned on going to was closed so we found a place called The Swagman. There we had some of the best food I have had on this trip thus far, including the chunkiest, most delicious Seafood chowder I have ever had. We loved the place so much we ended up going there a total of three times! Another pub we went to was small, old, dark, and dusty, but had more character than any bar I have probably been to, not to mention the coolest name for a bar, Shoot the Crows. The story behind the name is that hundreds of years ago there was a bounty on the overpopulated crows in the area but one was only able to collect their earnings for killing them on certain days of the week. To profit off of this, the bar owner would give out free beer in exchange for dead crows which he would then turn around and sell for major profits to the city.

Sligo is a really great hub in Ireland to see some amazing natural sights as we would learn on our visit there. Within an hour drive of Sligo is several great sights including Mullaghmore which has its own castle and is right on the western coast of Ireland where we were able to see some amazing 30+ foot waves along the rocky coastline. From there we saw two ancient prehistorical tombs, Creevykeel and Carrowmore. Carrowmore is the largest megalithic cemetery in Ireland and also amongst the oldest in Ireland, older than both the pyramids and Stonehenge. The cream of the crop on our Sligo exploration, however, was undoubtedly the Gleniff Horseshoe which has some of the most beautiful sights in all of Ireland. Lauren and I agree it is probably the most beautiful thing we have seen in the entire country. To top it all off, we stopped by at a humongous 50ft waterfall that due to the recent rains was dumping impressive amounts of water. To sum it up, Sligo was actually one of my favorite spots to visit in all of Ireland – and I have seen a lot of the island – and I am so glad we chose that somewhat random location in Ireland to visit.

We left Sligo to get back into Dublin so my mom could catch her flight home. Before we did though, we simply had to stop where Lauren and I studied abroad our sophomore year in college, the National University of Ireland in Maynooth. Maynooth is a little town outside of Dublin, home to its own castle and St.Patrick’s College, a simply gorgeous building on Maynooth’s campus and home to Ireland’s main Roman Catholic Seminary. Ireland’s oldest tree (700-800 years old) also calls the college its home. While in town we made sure to stop by at our favorite bar from when we were enrolled in the school, The Roost, where we met up with one of our best friends from when we were there, Paul. We still keep in contact with Paul often and even saw in the United States as recently as two years ago. It was great being able to meet with Paul and catch up as we relived some of the best memories of our time in school together.

Sadly, shortly thereafter we had to say “see you later” to my mom. Being able to spend these two weeks with her were some of the best times we have had since being in Europe, including spending three straight days watching the World Darts Championship in Killarney and Galway. Those types of memories are some that I will never forget. Together, we got to see a lot of amazing new sights and also see a lot of places that held some great memories for Lauren and me. I am counting down the days until my mom comes to visit us again in March and I am so grateful that she was able to take some time off to see us.