Our penultimate stop in England before a well-deserved adventure off the island back to the European mainland was in the town of Shrewsbury. Our charge for our time in Shrewsbury was to watch a little black cockapoo named Oscar. Oscar was one of the cutest dogs we have ever had the pleasure to meet. He reminded us of our dog, Pippin, as both are incredibly loving and friendly. There was nothing Oscar liked more than getting petted and watching him was an incredibly good way to lessen some of the pain from not seeing our own dog in the last 5 months. Funny enough, going out with him to the pub (nearly all are dog-friendly in the UK) really proved to us how small the town actually is as several times we had people tell us that they knew a dog that looked exactly like Oscar but they were of course one in the same. 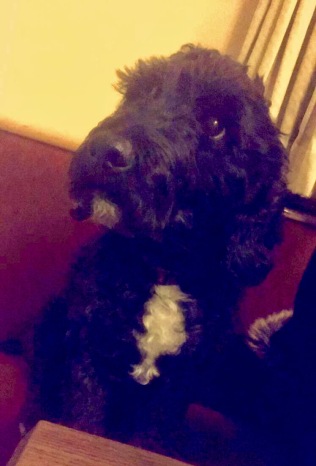 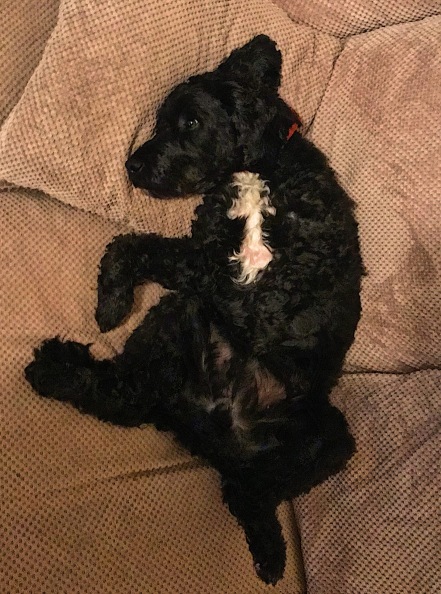 Shrewsbury, which lies just 8 miles from the English/Welsh border is a quaint medieval market town in the West Midland county of Shropshire. The town is probably most well-known for being the birthplace of Charles Darwin, the originator of the biological theory of evolution. Luckily for us, while in town, a festival in his honor was being held called the DarwIN Shrewsbury Festival in which the town hosted free guided tours around the city based on Darwin’s life, incredibly interesting lectures, concerts, and much, much more. It was a really different type of activity for us and a refreshing change of pace and I am glad it coincided with us visiting the city. Below is a brief video about Darwin’s time in Shrewsbury, along with some information about and visuals of some of the more important buildings in Shrewsbury’s history.

If biology is not your thing, the town also has a League One Soccer team called Shrewsbury Town FC which I was lucky enough to go see a mid-week match against Gillingham FC while they were at home. It was a different experience from the massive stadium and 80,000+ attendees at the last game I was at while in London, but I had a really good time clapping along with the local fans en route to an exciting 1-1 tie.

There is relatively not a whole lot to do in Shrewsbury in regards to tourist attractions but we still managed to make the most of our time there. We found a few days during our stay which we spent enjoying the town, mostly in search of some dark beer which is sorely lacking in the UK and the rest of Europe.  Our first destination was the Shrewsbury Market Hall, which is an award-winning market in the heart of Shrewsbury. The market has a wonderful mix of stores purveying things from local produce to antiques and bicycles and we enjoyed several hours there meandering through the stalls. One particular cafe in the market had one of those elusive dark beers we were on the trail of and we got to try a marshmallow stout which is one of the more unique flavors of beer I have ever had.

Later in the week we went to a local pub called the Red Barn with Oscar and spent both lunch and dinner there and stayed well into the night meeting locals that frequented the bar. We had a really enjoyable time talking and joking with them about various things which included many questions about the curiosities of America and Americans. We had a wonderful time at the Red Barn and it is becoming increasingly obvious to us that the most memorable events we have had while traveling always have to do with letting your guard down to talk to the local people. I find it it is the best way to learn more about both the people as well as some of the culture of both the countries and cities/towns that we visit.

The day before we left found us, once again, at a pub in town, this one called the Prince of Wales. Here we found our elusive dark beer haven at this three-time reigning Pub of the Year where we enjoyed several different dark beers while watching the Welsh and English international rugby teams battle it out in the Six Nations cup, all while we spent some more quality time with the locals. Finding our dark beer oasis and topping the trip off with the locals’ favorite sport was a great way to end our time in the charming town of Shrewsbury. We are definitely sad to leave both it and Oscar behind but are eager to be able to go back to Germany for the next leg of our journey (after yet one more short trip to London).