We flew from Croatia towards Russia, the final stop on our 29 country tour of the world, and the farthest east we have ever been. We took S7 airlines for the three-hour journey, unexpectedly getting a meal on the flight which was surprisingly delicious for airplane food. We hopped into a taxi at the airport towards the first of our two places we were going to stay at while in Moscow, going through much of the enormous Russian capital on the way.

Moscow doesn’t have the normal compact feeling of most European cities, the massive amount of land in Russia allowing the city to spread out. The city also has an architectural style unlike any place we have been with luxurious and colorful palaces, massive Soviet-era buildings built to show the power of communism placed sporadically throughout the city, and traditional domed Russian buildings so unique that their style has its own name: Moscow Baroque. There is also a small modern downtown area in Moscow with gorgeous skyscrapers that we had a fantastic view of from our Airbnb in the city.

The festive atmosphere of the World Cup was evident immediately on entering Moscow, and the passion of the visitors to the city for the spectacle was palpable. Soccer jerseys from every corner of the globe were on full display with their wearers prone to break into chanting or singing at any moment. Nothing we saw while visiting beat the passion of the crazy Brazilian family we sat next to at a bar as they took on Costa Rica. When they scored the winning goal late in the game, one woman about our age hopped up on the table and flicked off the whole bar even though none of us clearly cared that much about the outcome of the game and were there just to grab a drink and enjoy the match. It was bizarre.

During our first day in town we went on a mini-tour of some of the opulent circle line metro stops built during communism, each showing significant events in communist Russia. There we got our first experience with Moscow’s massive transit system. Lauren and I both consider ourselves to be travel experts but we went the wrong way on their underground, which is one of the largest in the world, more than we had anywhere else on our adventure combined! Signs were seemingly non-intuitive and were not helpfully placed, the whole situation not helped by everything being in the Cyrillic alphabet (aka webdings).

Once we got a little bit of a grasp of how the whole transit system worked, we went on a World Cup souvenir hunt through the center of Moscow. Not knowing how difficult it would be, we logically headed to the official merchandise shops to find that they were out of nearly everything, a first indication that maybe the city was not quite prepared for the massive influx of people. Later, we found a bar for lunch to discover that they were out of vodka! Yes, vodka…in Russia. That’s like running out of water for Russians! 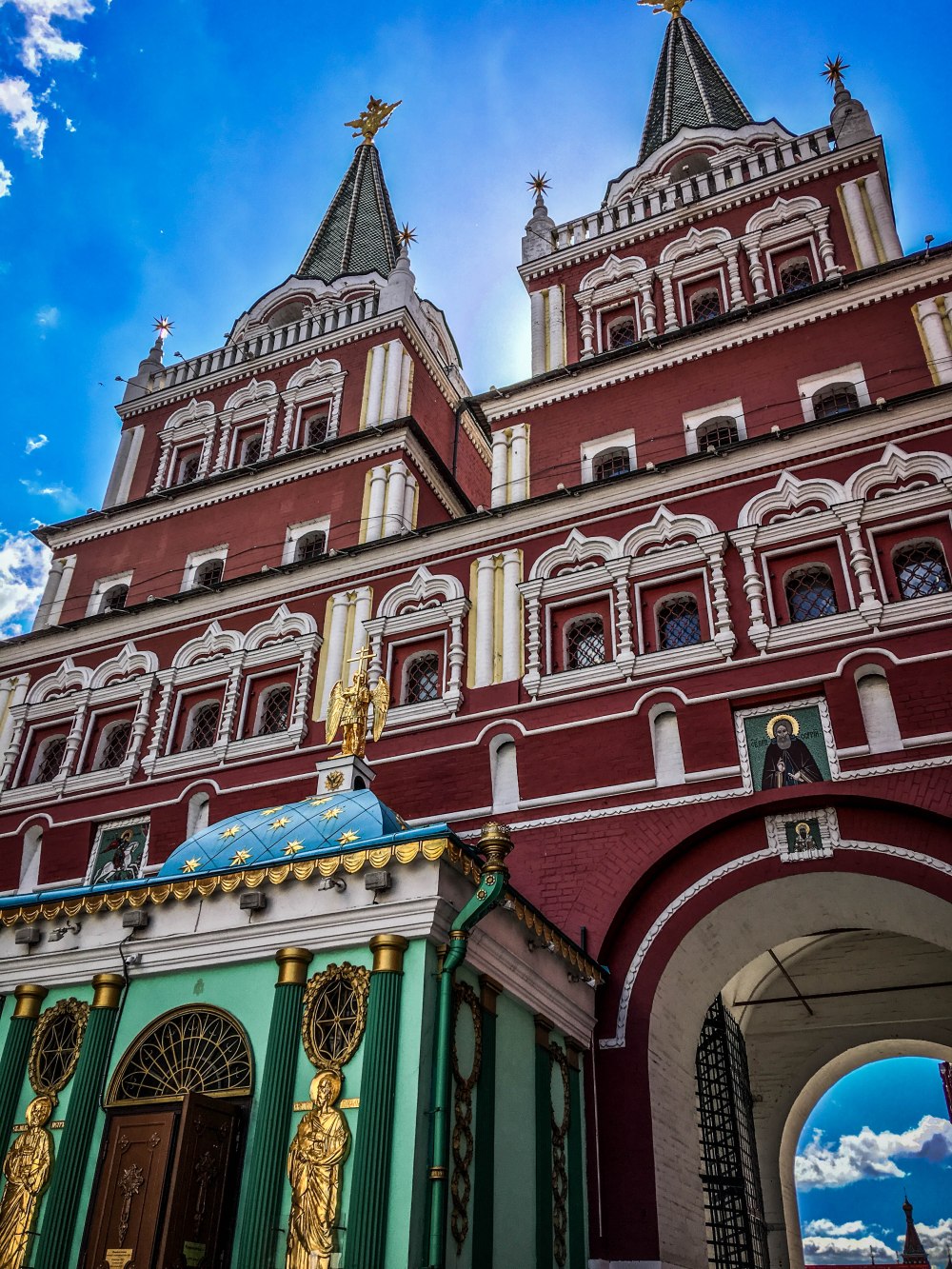 Russia played one World Cup match while we were in Moscow. I learned again just how unready the city was to handle the World Cup crowd as I went to many bars trying to find a place to watch the game, ultimately being unsuccessful and being forced to watch the game through a random bar window along with others stopping on their way past. The result of the game, however, a 3-1 win for the underdog Russians, brought forth a party atmosphere akin to a super bowl victory with fans flooding the streets while car horns blared loudly and joyously, not caring that it was nearly midnight. Other people driving past had passengers hanging out their windows, holding flags and screaming at people they passed in joyous clamour. If you didn’t know better you would think they won the whole damn thing! 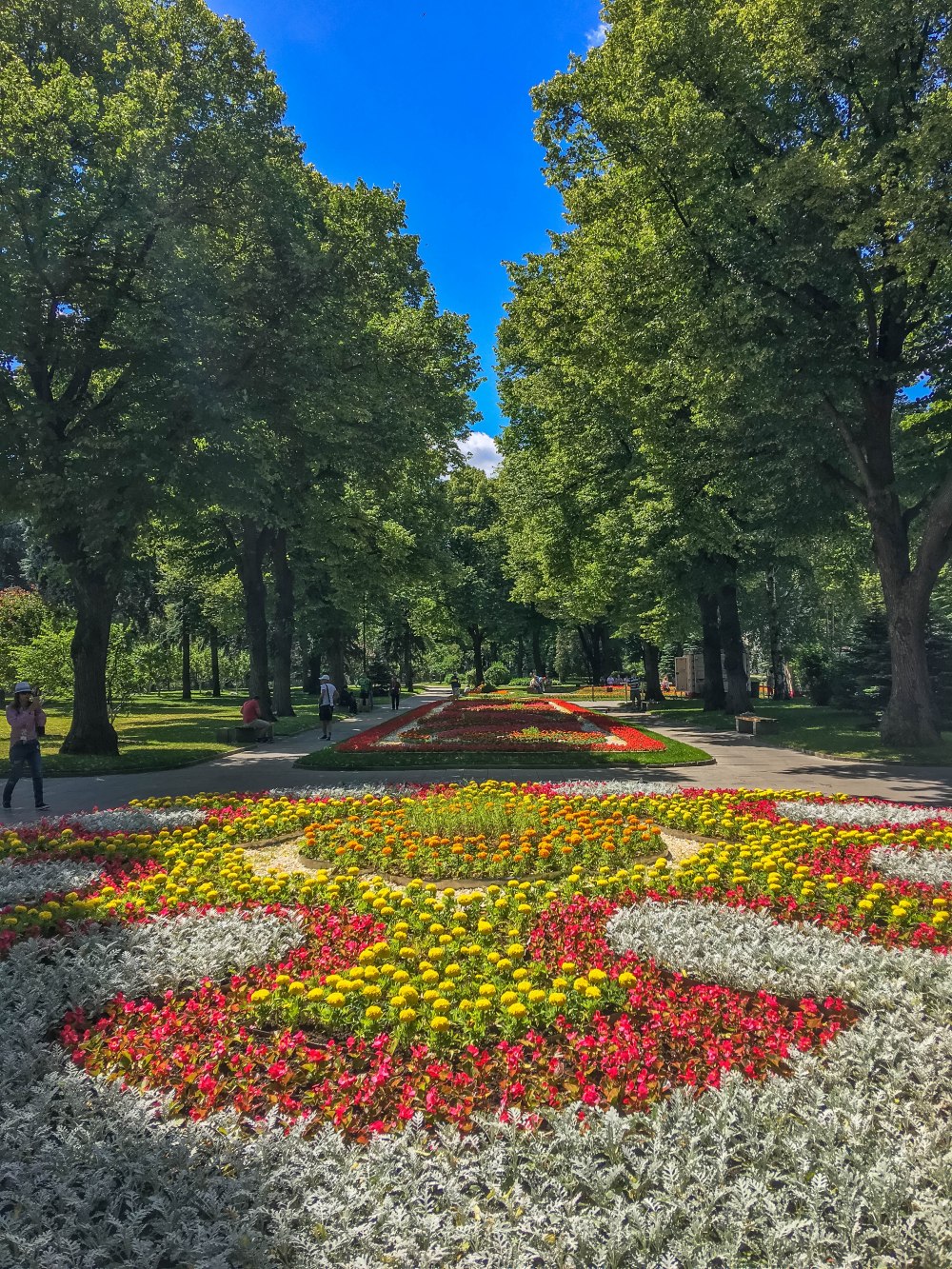 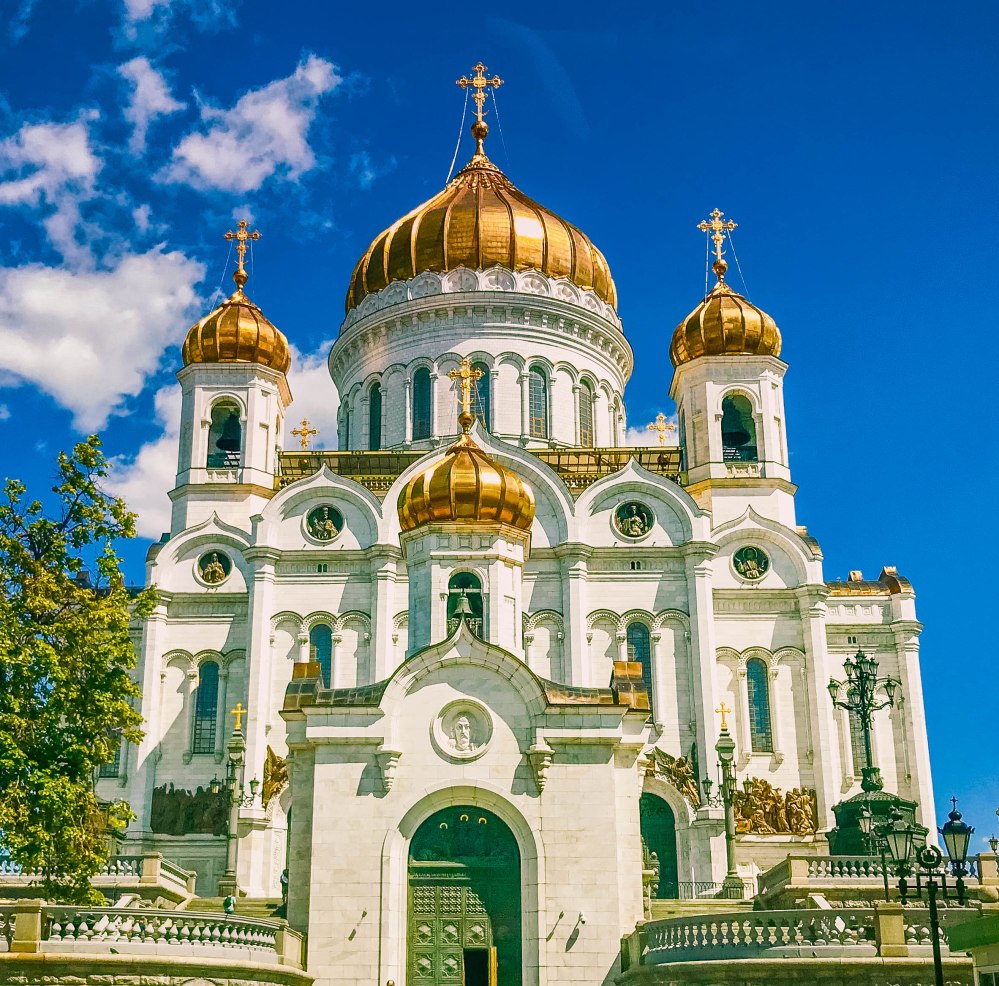 We of course couldn’t leave the city without taking a tour of the Kremlin. We booked a 5-hour tour, our driver Aleksander weaving in an out of traffic as our guide, Nadia detailed the sights we saw which included The Red Square which contains Lenin’s Mausoleum and St. Basil’s Cathedral. After, we were dropped off for our tour of the Kremlin. We tried to draw parallels between the Kremlin and the White House, assuming that it was just one big building, but the reality is that the Kremlin can best be described as a complex which at one time was an entire city, containing three separate cathedrals and the Grand Kremlin Palace, which is where the President of Russia works, all surrounded by a tall thick wall with 20 turrets, each beautifully and uniquely decorated. The whole experience was really interesting and informative and our tour guide was really great. I’m glad we got a chance to go. 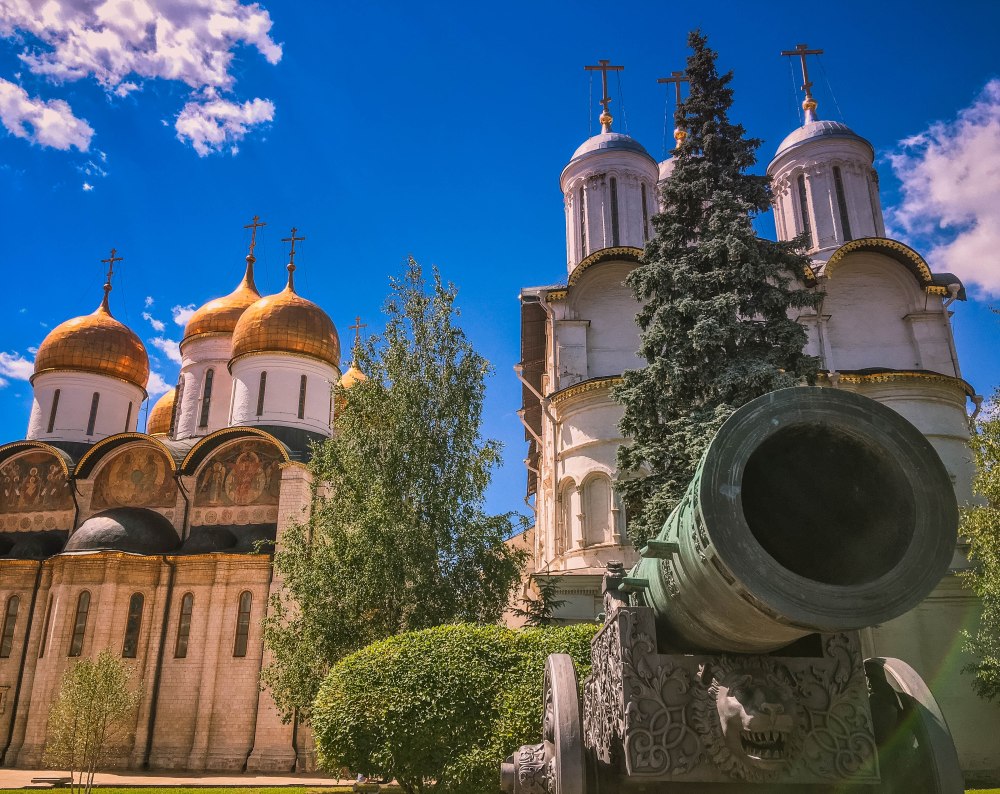 Finally, the big day we had been waiting for arrived and we got up bright and early to head to the game to see Belgium take on Tunisia, but not before starting our day with a couple of mimosas. We hopped on the nearest metro station, our train rapidly becoming full of loud and excited Belgian and Tunisian fans. The atmosphere when we stepped off the train was electric, chants coming in from every direction and a number of fun activities going on all around us.

We had brought a couple small and discreet bottles of vodka to mix with some Diet Coke before entering the stadium (does that really surprise you at this point?) to find that there were no mixers to be found anywhere but inside. We figured we would try to sneak them in and that they would just confiscate them once they found it but to our surprise, they got through undetected! Once we got in, we found that the beer was crazy cheap for a sporting event and we ended up buying four pints at a time, most of which was consumed by yours truly. I was definitely not sober by the end of the match, but I made sure to stay sober enough to enjoy the game fully.

The game was absolutely incredible, both sets of fans at full volume and cheering throughout the entire game. It was nothing like any game I have ever been to. Though the game ended at 5-2, the festive atmosphere never let up and though they were on the losing end of the scoreline, the Tunisians were as happy and boisterous as they were when we first encountered them that morning. It was such an amazing experience for me as a soccer fan and there could have been no better way to spend the last day of our trip.

We left early the next morning, showing up more than two and a half hours before our flight home and even though there were lines literally out the door, we made it to our flight to Helsinki, Finland on time. The entire rest of the day – the journey lasting 21 hours in total – we flew from Moscow to Helsinki to Chicago and finally back home to Columbus where we were greeted by a huge group of our loving family and friends. I don’t think it has fully hit us that we are back home after nine long months, but I’m sure it will soon. For now, I’m just glad to be able to spend time with all the people we have missed so much while we were gone. 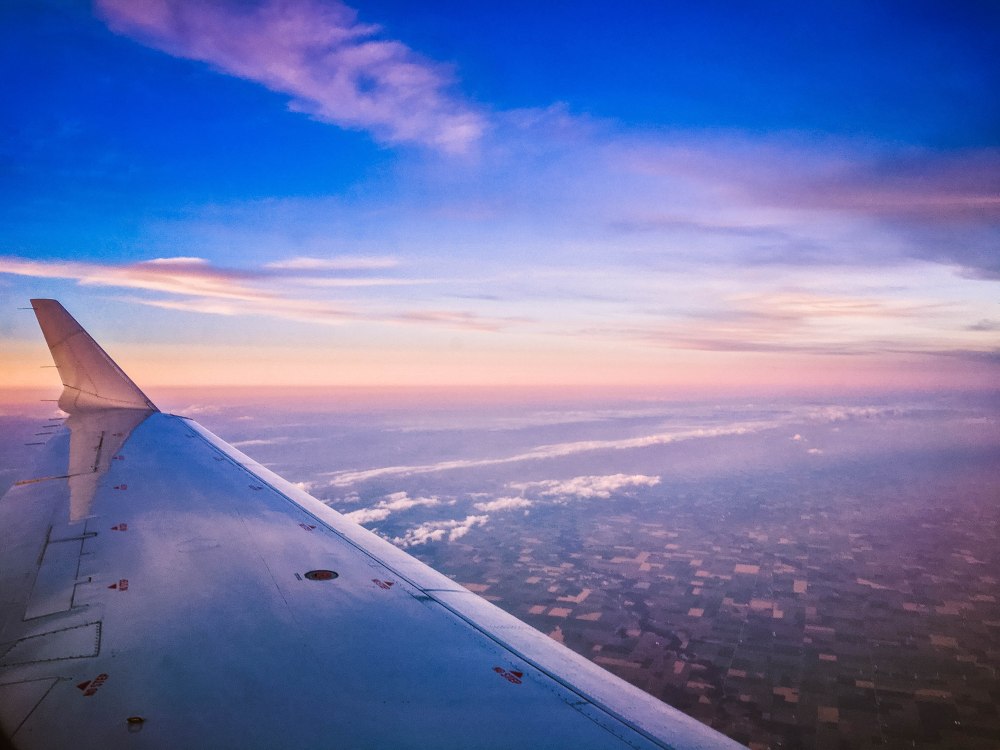 Stay tuned for my final thoughts on our incredible journey soon!